Is Disinvestment a Buzzing Word? Answer Seems to be in Assertive…..

The government should seriously think of selling its stake in loss-making entities operating in the non-strategic sector. 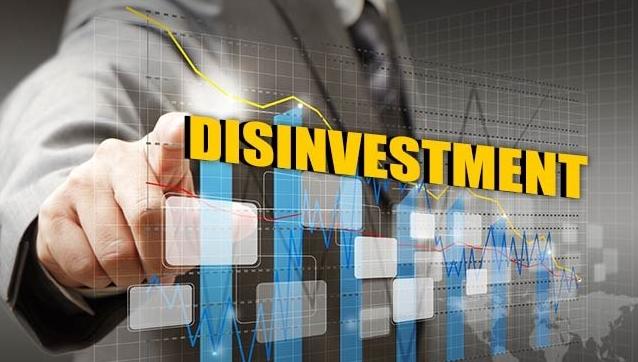 Recently, the Union Cabinet approved a new policy, under which the Department of Investment and Public Asset Management (DIPAM) will manage the strategic sale of assets.

The government is exploring to reduce its stake in five companies, including Bharat Petroleum (BPCL) and achieve the budgetary target of Rs 1.05 lakh crore through disinvestment proceeds in the current fiscal.

The government is trying to sell Air India and is willing to offer various concessions, but bidders are not coming forward. Taking control of a debt- laden, loss-making undertaking and reviving it is a reform in true sense, but if private players are not interested in doing so, then they have no right to ask the government for selling profitable ventures in the name of reforms.

An entrepreneur can’t do away with the business which he has built and similarly, it’s improper to ask the government to sell profitable entities which have been built over decades out of public money.

There are two primary reasons behind divestment viz. resource mobilization and getting rid of loss-making undertakings to reduce the burden on the exchequer. The government would always require funds to meet its deficit targets, but the question here is what kind of expenses is going to be funded by selling the government undertakings.

If there are capital proceeds from sale of assets going to be used for creation of capital assets, then it is fine. But if these proceeds are going to be used for financing revenue expenditure, certainly this is not good economics. By this way, the government can have a one-time lavish dinner by killing the sheep, but it will lose the regular milk.

Performance of a PSE can’t be evaluated solely on the financial parameters because the government directs these undertakings to participate in various activities for meeting social objectives. Increasing the accountability of PSEs by giving them more autonomy is needed so that they can compete with the private sector.

Despite being burdened with so many social inclusion schemes, public banks like SBI and Canara Bank are examples of better-managed PSEs that are giving the private sector a run for their money. As far as performance is concerned, the fact is that many loss-making PSEs are those units taken over by the government to protect the interest of workers.

According to the data of the Ministry of Labor & Employment, PSEs provide employment to 17.6 million individuals as against 11.9 million in the private sector (Source: Labour and Employment report for 2011-12 on formal employment). PSEs are also contributing more than one-fourth of the overall CSR expense.

Disinvestment has always attracted controversy over issues like valuation of assets, favouritism and the like. It has proved to be a wealth creator for investors and the government has turned out to be a loser in many cases. Maruti is a classic example in which shares were sold at Rs 125 in 2003 and now, these are trading at more than Rs 6,600.  There could be some exceptions to this, but the primary reason behind this phenomenon is selling profitable ventures at a relatively low price. In the past, the Comptroller and Auditor General (CAG) had also raised concerns over stock valuation and the government has tried to address this by following the book building mechanism of price discovery, but still there are flaws. When a disinvestment proposal is announced, there is a declining trend in the price of shares, driven by vested interest groups, which impacts valuation.

Increasing retail participation is often cited as one of the benefits of disinvestment. However, it is worthwhile to highlight that LIC has always contributed a significant pie in disinvestment proceeds. This was the pattern in all major divestments like Maruti, Coal India and ONGC.

(The report was first published in the money control)