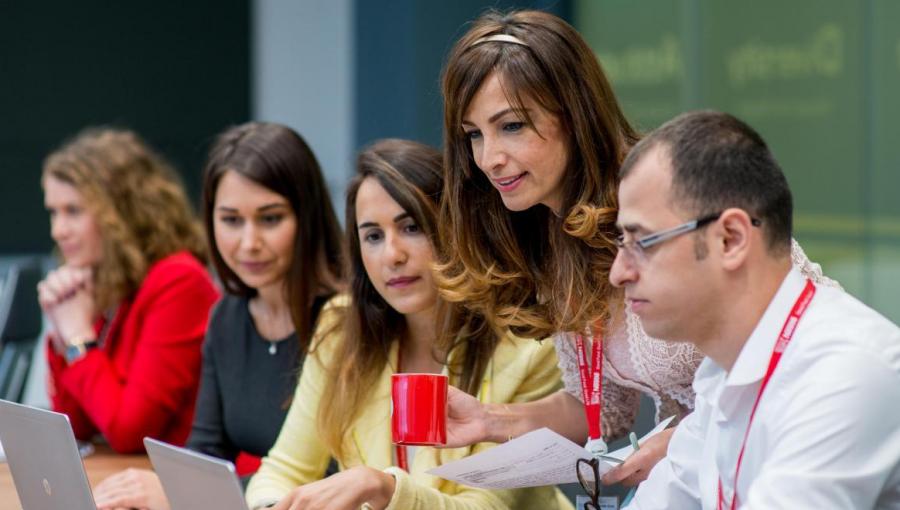 - ‘Mirchi Par Baat Baat Pe Jobs with TimesJobs’ campaign uplifted the careers of more than 3,069 job seekers whose job search was hit due to COVID-19
- 670 professionals found a suitable job in 21 companies through this campaign in 27 days straight
- 2,399 candidates were shortlisted at various companies and were on the anvil of being hired
-  TimesJobs had roped in 164+ companies and recruiting partners to help job seekers get hired quickly

New Delhi:  IT professional Anurag Jana’s dream tech career crashed when his company let him go a few weeks ago. Like most other employees, he was working from home amid the COVID-19 pandemic, but the company lost its business and Anurag lost his job! Just then, Anurag applied at the ‘Mirchi Par Baat Baat Pe Jobs with TimesJobs’, a CSR initiative to help those professionals whose job has been hit by COVID-19.

This was the second season of a hugely popular CSR initiative hosted jointly by Mirchi and TimesJobs in 2019 called ‘ReadySteadyJobs’, where 1,065+ professionals were hired in 21 days.

“I got hired as a PHP developer in a Delhi-based company recently. I have joined a few days ago,” said Anurag beaming with joy. His only advice for jobseekers is that one should be optimistic and very thorough with the basics. Like Anurag, 669 more professionals got hired and 2,399 were shortlisted through this massive CSR campaign facilitated jointly by TimesJobs and Mirchi.

Sandeep Grover’s Placewell Careers was one of the prominent recruitment agencies participating in this campaign. He helped more than 40+ candidates get jobs in various companies. “This is a fantastic initiative for both jobseekers and companies alike. The COVID-19 induced lockdown has caused a panic among companies and jobseekers. People are facing job loss or an abrupt salary cut. In such a situation, the ‘BaatBaatPeJobs’ campaign brought hope to many. I placed 40+ candidates in health and life insurance companies, and I feel happy that I was able to help so many people in the pandemic time”.

Kaushik Sen, owner of Three Dots recruitment agency from Kolkata described this campaign as ‘the best thing to happen in the present time’. “I got very good candidates - from freshers to middle management level – through this campaign. ‘BaatBaatPeJobs’ is bringing in hope in a time when everyone is concerned about their jobs,” he said.

‘Mirchi Par Baat Baat Pe Jobs..with TimesJobs!’ was launched on July 16, 2020. TimesJobs had roped in 164+ companies and recruiting agencies to facilitate recruitment via this campaign. Participating companies include Capgemini, Mastercard, LTI, Icertis, VOIS, HPE, Salesforce, DBS Bank, UiPath among others. The recruiting partners include seasoned recruitment consultancies such as G Gheewala, Global Talent Pool, The Real Placements and others.

Mirchi Delhi’s popular RJ Naved, RJ Sayema, RJ Vidit, RJ Rochie and RJ Leen anchored the campaign on radio and urged people to apply for relevant jobs. Alongside, they were interviewing recruiters, recruitment agencies and jobseekers to understand the skill requirement in the present employment scenario.

Sanjay Goyal, Business Head, TimesJobs and TechGig described this campaign as ‘remarkably successful’. “The metrics of any campaign being successful aren’t always a handful of numbers and stats. More than fulfilling its desired targets, this campaign transformed the lives of 3,069+ jobseekers amid pandemic - which to me, is the biggest mark of it being successful,” he added.

Shivangini Jajoria, Regional Director-North & East, ENIL (Mirchi), said, “Mirchi has always been very close to its listeners, we as a brand align ourselves to them and as the current pandemic resulted in a huge number of jobs, we decided to come back with season 2 of our Jobs’ campaign. We aim to put forward ideas and campaigns that directly address social concerns. Seeing the success of this campaign gives the team immense pleasure not because we have millions of views and reach but because we could reach to the hearts of our listeners, helping them when they were in need and emerging not just as a Radio brand but as a friend also.”