7 more US soldiers in S. Korea test positive for COVID-19 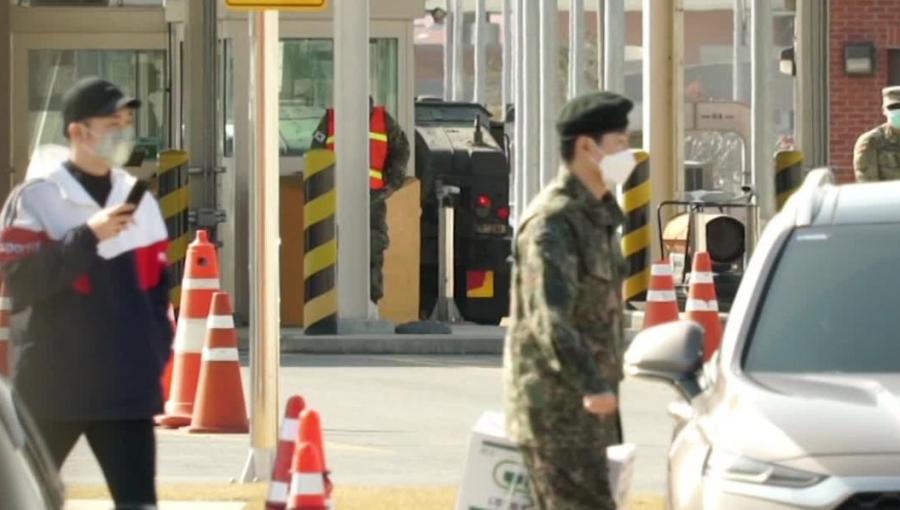 The USFK said in a statement that seven USFK service members were confirmed with the COVID-19 after arriving in South Korea between Oct. 5 and 19.

Four service members arrived at Osan Air Base located in Pyeongtaek, 70 km south of Seoul, on the U.S. government-chartered flights from the United States on Oct. 5, 9, 17 and 19.

The confirmed patients have been transferred to designated isolation facilities at Camp Humphreys in Pyeongtaek.

The total number of infections among the USFK-affiliated personnel rose to 238, according to Yonhap news agency.

Worry remained here over the virus spread. In the latest tally, South Korea reported 121 more cases of COVID-19 for the past 24 hours, raising the total number of infections to 25,543.

The daily caseload rose above 100 in seven days, marking the highest figure in October due to cluster infections in the Seoul metropolitan area.

"Despite the recent confirmed cases, the USFK remains at a high level of readiness with less than 1 percent of its active-duty service members currently confirmed positive with COVID-19," the USFK said.