Amrish Puri: Villain who is more famous than the hero

When an artist comes to Struggle in Mumbai, he always aspires to be a hero in his mind. But this is not always the case. Something similar happened with Amrish Puri who came to be a Mumbai hero. Born on 22 June 1932 in Lahore, Pakistan, Amrish Puri said goodbye to this world on 12 January 2005. But Amrish left behind a legacy, not that of a hero, but of a villain. Amrish, who has worked in nearly 400 films, knows some of the memorable characters.

Mogambo Khush Hua - this dialogue was as famous as it is today. This character of Amrish Puri also became very famous. This villain Amrish is one of the most memorable characters of the film 'Mr. India' released in 1987.

Amrish Puri played the role of Dong in the 1992 film Tehelka. This also became quite famous with its fampous dialogue- Dong is never wrong.

Amrish Puri also appeared in many different roles as a villain. He played one such character in Sridevi's film Nagina. In this, he appeared in the role of snake charmer. Amrish Puri had a dialogue - 'Alak Niranjan Bolat'. In today's era, many mimes are made on this character. 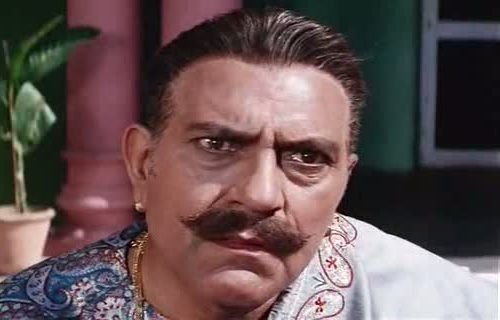 It is amazing that the villain that Amrish Puri portrayed on the screen, his name was also quite different. Like - Durjan Singh of Karan Arjun. Durjan Singh was such a villain who kills his brother for money.

When Anil Kapoor and Amrish Puri came together, the film became tremendous. First Mr. India and then Nayak. In Naik, Amrish Puri appeared as the Chief Minister. His and Anil Kapoor interview scenes are very popular even today.