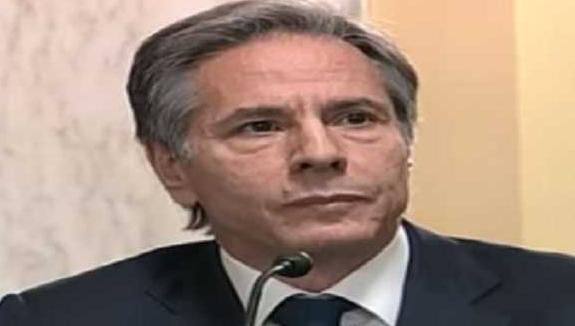 US Secretary of State Antony Blinken said in a statement on Thursday that he met with civil society leaders from Myanmar to discuss the ongoing crisis in the country.

"Pleased to meet with Burmese civil society representatives," Blinken said via Twitter. "The United States stands in solidarity with the people of Burma as they demand restoration of their democratically elected government."

Blinken also said that the United States calls on Myanmar's military to end its violent suppression of the people in Myanmar.

On February 1, the Myanmar military overthrew the civilian government and declared a year-long state of emergency. The coup triggered mass protests, which were quashed with deadly violence, resulting in the death of over 700 people. Additionally, about 3,000 protesters were detained, according to rights activists.

In April, the Association of Southeast Asian Nations agreed on a five-point plan to resolve the crisis situation that followed on the heels of the coup. The plans includes ending violence, facilitating talks among all parties, sending aid to Myanmar, and appointing a special envoy with access to the country.