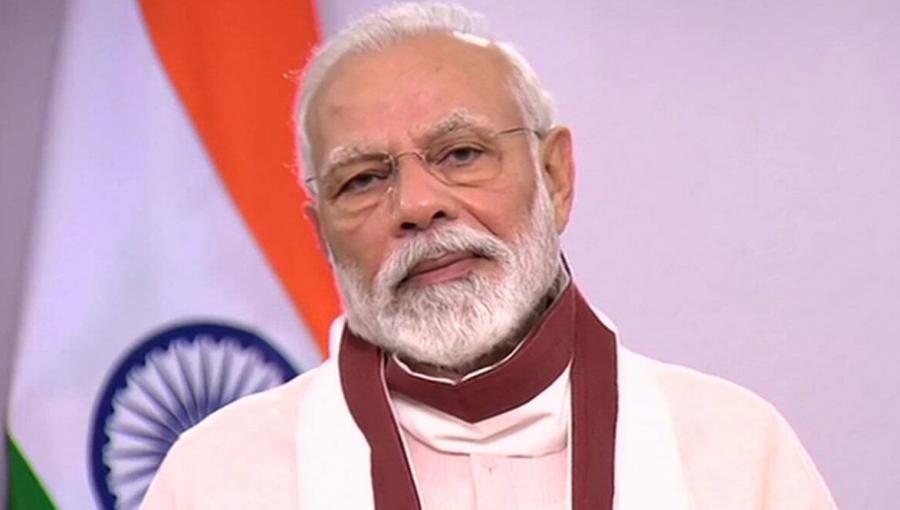 Prime Minister Narendra Modi on Wednesday said the post-pandemic world was on the cusp of change and it was imperative for India to change at a rapid pace to emerge as a self-reliant nation.

Addressing a symposium on 'Atmanirbhar Arthavyavastha' (self-reliant economy) organised by the BJP, he listed out initiatives announced in the union budget such as vibrant border villages, plans to introduce 5G technology, schemes for the farm sector and asserted that the fundamentals of the economy were strong and the nation was moving in the right direction.

"In 2013-14, public investment was at just Rs 1.87 lakh crore. In this year's budget, we have pegged it at Rs 7.5 lakh crore. This is a four-fold increase from the UPA years," Modi said in his virtual address that was watched by chief ministers and party workers across the country.

The prime minister said the focus of the union budget was on providing basic amenities to the poor, middle class and youth and his government was working on the saturation coverage of basic facilities.

He said the budget has allocated Rs 48,000 crore to build 80 lakh houses for the poor, which would turn them into "lakhpatis".

"In the last seven years, we have given three crore poor people 'pucca' houses, and made them 'lakhpatis'. Those who lived in slums, have their own houses," he said.

"Our government has increased the price and size of these houses so that there is space for education for children. Out of this, most of the houses are in the name of women. We have also made women 'maalkins' (owners)," the prime minister said.

He urged BJP workers to create awareness among the masses about the union budget and the initiatives taken by the government for the welfare of the poor.

Modi said the Ken-Betwa river inter-linking project, being built at a cost of Rs 44,000 crore, is set to change the face of Bundelkhand region that is spread across Uttar Pradesh and Madhya Pradesh.

"The fields of Bundelkhand will be green, homes will get drinking water and water will reach fields," he said.

Modi said the union budget also has provisions to develop vibrant villages along the border and also improve connectivity through the 'Parvatmala' initiative in Uttarakhand, Arunachal Pradesh and Ladakh.

He said the government also plans to impart National Cadet Corps training to youth in border villages and will help them join the armed forces.

Modi also hit out at opposition parties for spreading misconception about minimum support price and asserted that his government had made record procurement of farm produce, which has benefited crores of farmers.

"Farmers are expected to get Rs 1.5 lakh crore as MSP for paddy alone this season," he said.

For the defence sector, Modi said his government was encouraging 'Make in India' and 68 per cent of the capital procurement had been earmarked for domestic industry.

The budget, he said, has envisioned a 2,500-km long natural farming corridor along banks of the river Ganga.

He said very soon every village will have optical fibre connectivity and 5G technology will usher in a new era.

Tax benefits for startups in budget will motivate youngsters to innovate, he noted.