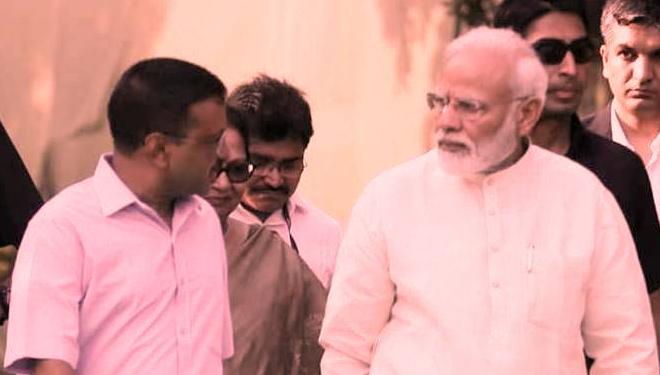 The relationship between the Union and the Government of Delhi is intensively appearing to make us recall about the much popular cartoon shows for children, the Tom and Jerry.

These two cartoon characters evolved in the years 1940s – 1950 in the United States. The entire story is in connections with the so called scuffle between Tom, a domestic cat, and Jerry, a mouse. Indeed, theme of the myriads of winning short films that were made by focusing on Tom and Jerry are still taking efforts to set up comparatively better images than others. And hence, in these activities they even created much chaos or disorder and often disturbed all across the society and community.

Similarities may be witnessed through the incumbent relations between the Union and the Delhi Governments. The game of outfoxing between the Union Government and the Government of Delhi state has, in fact, made the entire system of the National Capital like a show of ‘Tom and Jerry’ cartoon. Demarcating the individualities of these two characters, a cinema expert once wrote, “In spite of clever strategies of Tom (whether they work or not), is considered with strong determination & energetic approaches, large size & over all outstanding intelligence, he rarely succeeds in getting the best of Jerry, mainly because of the cunning abilities of Jerry, luck, and his lack of propensities in being a bit too reckless”. Have we ever another example that can better explain the relationship between the BJP-led Government at the Union & the AAP-led Government in Delhi? This similarity was augmented best in the PM Modi’s interaction with all the states’ CM, where Arvind Kejriwal went live streaming finding the Prime Minister’s goat. In spite of the Union Government’s best efforts at getting grip of the national Capital that comprised passing a law in Parliament, the Delhi government has managed to offer it a slip as of now. Initially, it was on the related to ‘lack of oxygen’ and then has been turned into the ‘shortage of vaccines’. Arvind Kejriwal’s wisdom has allowed him to find a way with mayhem, despite the funeral pyres having put the city on fire, as he managed to speak the courts that patients were dying gasping for oxygen that the Union Government had failed to manage.

Such pathological abhorrence exists between the Arvind Kejriwal government and the Centre that they even thought to draw daggers on the ‘Singapore variant’ of Corona virus. Recently, Kejriwal spoke through social media warning against the ‘Singapore variant’ that naturally was contested by the Singaporean government. The Indian government might have handled Kejriwal’s out of turn statement in a far better manner than Foreign Minister S Jaishankar reproaching the Delhi Chief Minister in public. No sooner than the rebuke came, the Aam Aadmi Party upped the ante claiming that the Delhi Government has every right to protect its citizens, particularly since health is a State subject. After saying that health is a state subject, one must ask about the vision of the Delhi government on virus control and vaccination other than blaming the Centre for all the woes of the citizens of Delhi.