First solar eclipse of the year on Jun 21 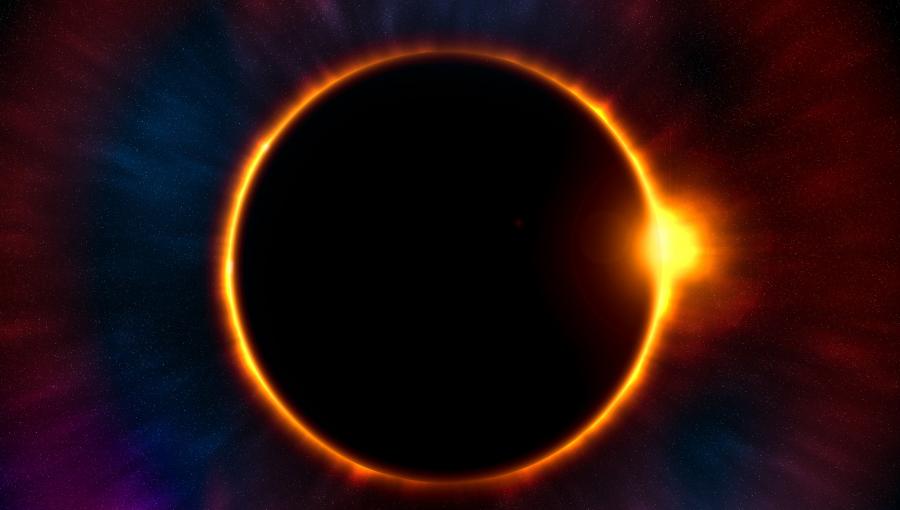 The first solar eclipse of the year will take place on June 21 and it will be an annular eclipse. The Annular solar eclipse is different from a total solar eclipse considering it forms a ring of fire. The eclipse will be visible in Africa and the Central African Republic, Congo, Ethiopia, Pakistan, India, and China depending on favourable weather conditions at the time.

The annular solar eclipse will be first visible around 9.15 am, it will complete the entire process in about 6 hours and will end at 3:04 pm. The maximum eclipse, during which the Sun appears like a ring of fire, will take place at 12:10 pm.

This year, two solar eclipses will take place -- one is scheduled for June 21 and the other one is expected to occur on December.

According to the National Aeronautics and Space Administration (NASA), the annular solar eclipse occurs when the moon is farthest from Earth. Since the moon is farthest, it naturally looks smaller. The moon in this case does not block the sun completely. The moon in front of the sun looks like a dark disk on top of a larger sun-coloured disk. As a result, it looks as if a ring is created around the moon.