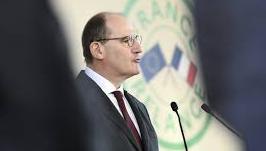 French Tourism Minister Jean-Baptiste Lemoyne will on Friday hold talks with the representatives of the French community in the United Kingdom on the implications of post-Brexit situation for them, as well as the consequences of the coronavirus pandemic, the French Foreign Ministry said.

The ministry added that the discussions will be held via video conference, bringing together the minister, personnel of French consulates in London and Edinburgh, elected representatives of French nationals in the UK, and members of the business community.

Mr. Lemoyne will engage in a dialogue with the staff at our consulates in London and Edinburgh, elected officials representing French citizens in the United Kingdom, and representatives of the business community. He will address the repercussions of Brexit and Covid-19 on our community in regard to health, jobs and travel," the ministry said in a statement.

The post-Brexit agreement between the European Union and the United Kingdom entered into force on January 1.

The minister is expected to reiterate Paris's commitment to supporting French citizens in the UK, who numbered nearly 150,000, in the fields of social assistance, education, and consular services, the ministry added.