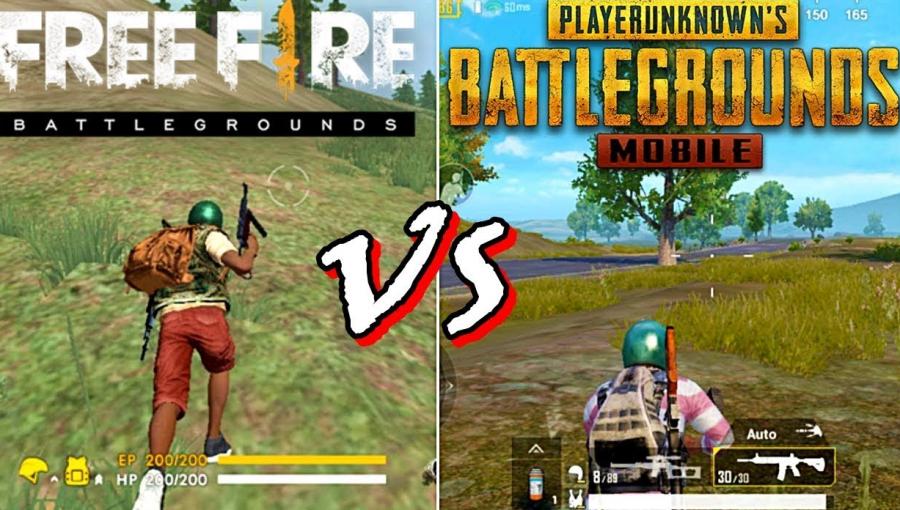 After the recent Chinese apps ban by Government of India, #Pubgban is trending on Twitter and it is being contemplated that PUBG could be banned soon too. PUBG traces its origin from China which could be a major reason as to why it could be banned. A major alternative to PUBG could be Garena Free Fire.

Both these online multiplayer battle royale games can be played solo or you can go in with your friends in duo mode and squad mode. The objective of both games is to be the last man standing and get the Chicken Dinner or Booyah.

Here is a competitive analysis of both games:

Free Fire is the number one most popular survival game with over 500 Million downloads on Appstore and Google Play, while in comparison to that PUBG Mobile is downloaded by 100 Million users. Even Google Trends show a stark difference in terms of popularity of both the games.

Free Fire wins the race in this department because of its relatively small game size and the game smoothness it offers even in low-end devices. In comparison, people prefer sharing PUBG Mobile with the help of third party apps. The download size of PUBG Mobile is almost 2GB on android and 2.4 GB on IOS.

When it comes to graphics, PUBG Mobile is the winner. PUBG Mobile delivers very smooth and realistic graphics.

Free Fire is more of an animated combat shooter game that is designed to run even in the low-end devices without any lag. Along with smooth graphics, Free Fire also provides easy-to-use controls.

Free Fire has many characters to choose from and they keep on adding more regularly. Each character comes with a special ability and can be upgraded by using it more often.

However in the case of PUBG Mobile there are no such characters, although it allows players to change their appearance.

On the other hand, PUBG is owned by Tencent - the world's largest video game company, which has its roots in China.