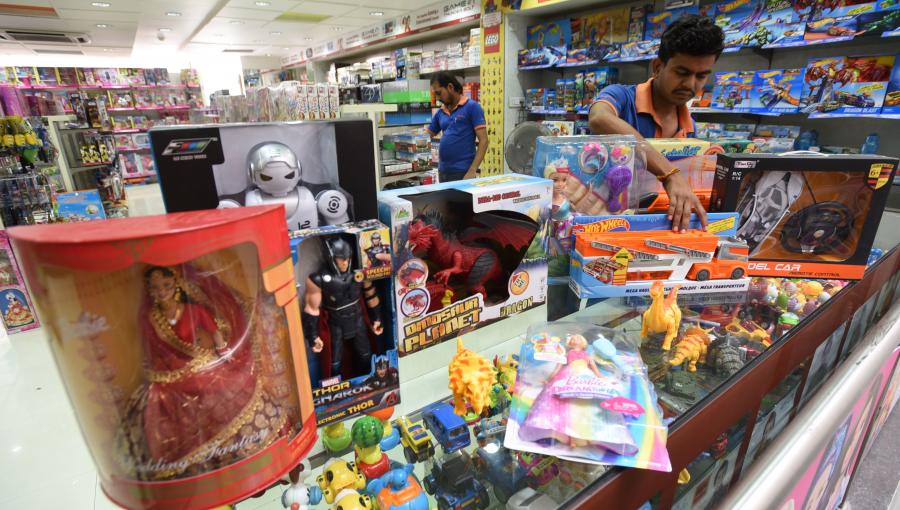 Himachal Pradesh Industries Minister Vikram Thakur has said that now China's toys will not be sold in the coming time and children's cluster will be made for children's favorite indigenous toys by setting up a cluster of toy industry. .

Shri Thakur said here today that raising the slogans of Made in India and Vocal for Local, the State Industries Department has started working in this direction by starting efforts. In addition to Himachal's toys, clusters of electronic devices and plastic industries are also being set up, so that the state can become self-sufficient and model for other states of the country, for this, the state government has sent new proposals to the Union Ministry of Fertilizers and Chemicals. Which are expected to be stamped soon.

He said that two clusters will be set up in collaboration with the State Department of Handlooms and Handicrafts Corporation. Toys will not only be made in them, but these clusters will be developed keeping in mind the traditions and customs of Devbhoomi. Services of Indian Institute of Fashion Technology, Kangra will also be used for this. In addition, plastics will be reused scientifically from the plastic recycling unit. For this also a large cluster industry is being set up.

Shri Thakur said that the government has also sent a proposal to the Union Ministry of Fertilizers and Chemicals to set up a plastic park at an initial cost of 85 crore on about 100 acres of land in Nalagarh. 40 crore will be provided by the central government as a grant. Himachal will also provide employment to thousands of youth in the industrial sector in the coming days, as well as open the door to self-employment for raw materials. Himachal is going to do a big job on indigenous with employment from industrial development.

He said that the electronic manufacturing industry would be set up on 200 acres of land for mass production of electronic goods. 140 crore grant will be received from the Central Government for this. Land selection has also been done for this. According to them a proposal has been sent for the establishment of a Medical Devices Park on 265 acres of land with a cost of Rs 260 crore. The establishment of this park will provide an investment of about 450 crores and employment to 5000 people. The central government will provide a grant of about 100 crore rupees for the establishment of this park. The remaining amount will be borne by the state government itself.