Himanta hits out at Chowdhury over Rashtrapatni' remark 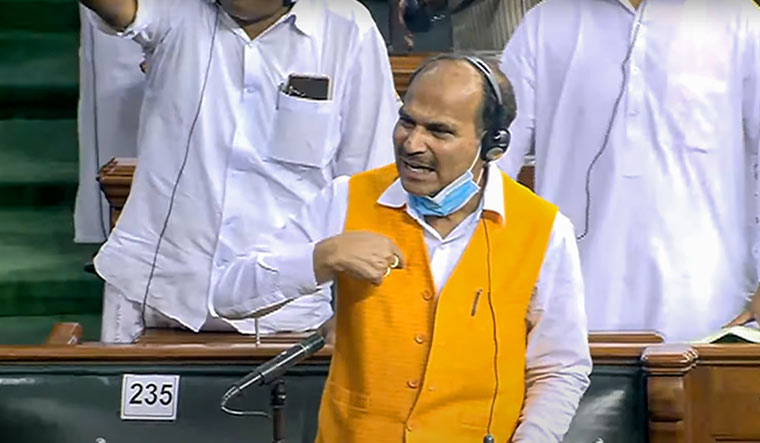 Assam Chief Minister Himanta Biswa Sarma Friday hit out at Congress leader Adhir Ranjan Chowdhury's Rashtrapatni' remark and said it was an "assault on dignity of tribals and self-respect of women".

The comment was also against the decorum of Indian polity, he said.

The remarks by Congress MP adhirrcinc on Mahamahim Smt Droupadi Murmu ji is an affront not only on the highest constitutional position of India, but also an assault on the dignity of tribals, self-respect of women and decorum of Indian polity, Sarma, who is a senior BJP leader, tweeted. I condemn it, he added.

Chowdhury, who is the leader of Congress in Lok Sabha, had on Wednesday referred to Murmu as rashtrapatni' while speaking to media during a protest programme at New Delhi. Facing a barrage of criticism, he had later said that it was "slip of tongue".'

The matter had blown up into a major row as BJP accused Chowdhury of 'hurling a deliberate sexist insult' at the president and demanded an apology from Congress chief Sonia Gandhi.