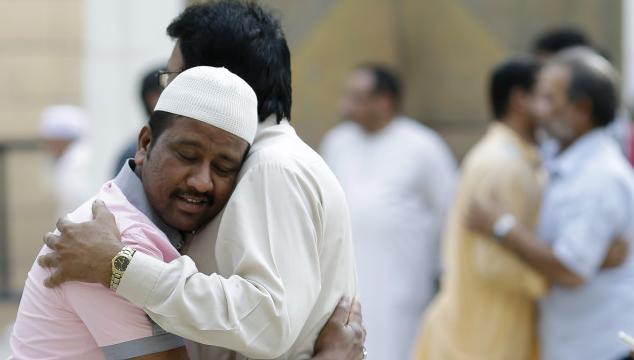 Leading by example, a Muslim ward councilor of Narayanganj City Corporation near Dhaka, arranged the funeral of a Hindu businessman, who reportedly died of coronavirus. The incident proved that communal harmony still prevails in the country, which is being led by Prime Minister Sheikh Hasina.

Sources said the deceased’s wife and two daughters tried to rush him to a hospital sensing his worsening health condition, but he succumbed to the deadly disease on the staircase of their house in Narayanganj city corporation area on April 27.

On learning about it, Maksudul Alam Khondoker( Khorshed), councilor of No. 13 ward, along with his volunteers, rushed to the spot where he found the Hindu family in a helpless condition. As the deceased’s friends, who reside in the same building, and relatives refused to lend a helping hand, the deceased’s wife then fervently requested the councilor to take necessary steps in this regard.

The body was taken to the central crematory centre of Narayanganj City Corporation where the funeral ceremony was held with the assistance of a Hindu priest. The councilor did not stop here but went ahead and lit the funeral pyre also.

So far, Mr. Khondoker has arranged the funeral of six Hindu s who died of corona in Narayanganj, an adjacent district near the capital, since the outbreak of the pandemic in March. In a reaction, the ward councilor said he feels proud of serving human being irrespective of caste and creed during the pandemic.

Local people said the councilor’s service created a rare example of humanity by rising over parochialism, which has vitiated the communal harmony in the South Asia.