IIT-Madras comes up with this astonishing new water purification technique 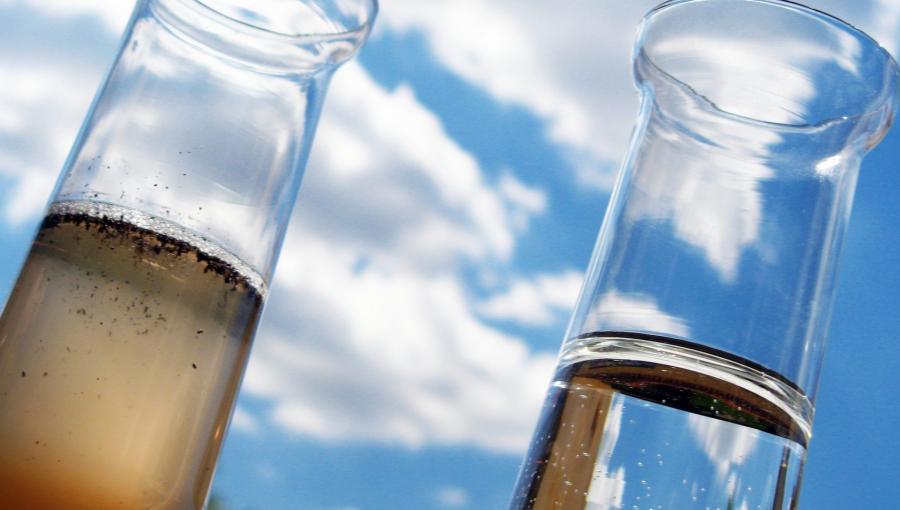 Researchers at the Indian Institute of Technology-Madras (IIT-M) have shown that simple copper-coated jute beads are highly effective in preventing microbial contamination. The IIT-M team seeks to solve the problem of water contamination and water-borne diseases in India.

The researchers have developed easy methods to coat cuprous oxide or copper on little beads of jute that float on water. They chose jute for two reasons--jute floats on water and jute sticks were an agricultural waste product that was affordable and available at low costs.

In many parts of the country, water was often collected and stored in containers for consumption. Such stored water could get easily contaminated due to the transfer of microbes from the air into the water, even if the container was kept closed.

The traditional water purification method of boiling was economically and environmentally unsustainable, a release from IIT-M said today. Besides, the water continues to be vulnerable to microbial contamination after cooling. Water purification units such as filters and RO units may not be affordable to all and often, techniques like RO (reverse osmosis) produce a lot of unusable wastewater during the process of purification.

This research was led by Dr. Dillip Kumar Chand, Department of Chemistry, IIT-M and his research student Randhir Rai. The results were published in the reputed peer-reviewed journal ACS Omega.

Elaborating on this research, Prof Dillip Kumar Chand said use of copper as a disinfecting material has been well known in India and people commonly store water in copper vessels for this purpose and there have been many studies worldwide to study the disinfection properties of copper and its salts. However, beyond a certain limit, copper could be toxic, and so, it was important that too much copper does not leach into the water.