Lalu in ICU after shoulder fracture 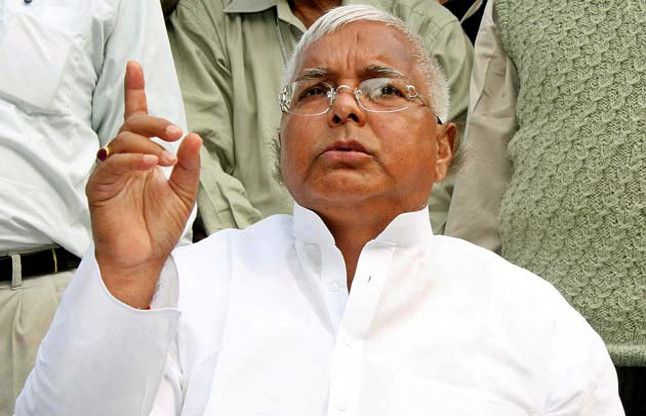 RJD president Lalu Prasad on Monday took ill and was admitted to a private hospital here, less than 24 hours after he had a fall and fractured his shoulder.

The septuagenarian is in ICU, according to an official of the hospital where he is undergoing treatment. "He has been brought here with complaints of many symptoms, which relate to his shoulder injury and other diseases which he suffers from, including kidney problems, he said.

He, however, added that it would be premature to speculate whether the former Bihar chief minister might have to be referred to a better facility in Delhi.

The RJD supremo's wife Rabri Devi and both sons, Tej Pratap Yadav and Tejashwi Yadav, were by his side at the hospital.

Prasad, who stays at the residence allotted to his wife in her capacity as an ex-CM, had on Sunday tripped on the stairs and fractured his right shoulder.

Out on bail in fodder scam cases, Prasad had last month obtained permission from the Jharkhand High Court for traveling abroad, preferably Singapore, to get a kidney transplant.