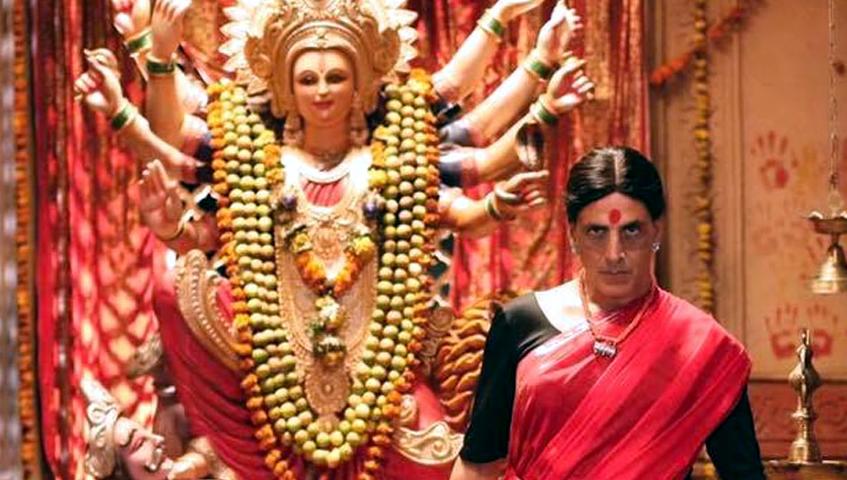 Bollywood actor Akshay Kumar on Monday shared new posters of his upcoming comedy horror flick 'Laxmmi Bomb,' saying that this was the most challenging role mentally, in his 30 years of career.

The film, to be released directly on Disney+ Hotstar, is written and directed by Raghava Lawrence. The movie is a remake of Tamil blockbuster 'Muni 2: Kanchana' and stars Akshay Kumar and Kiara Advani in lead roles.

Addressing a digital press conference to announce the direct-to-digital release, the versatile actor talked about his character of a transgender in the flick.

'In my 30 years career, this is my most mentally tough role. Raghava introduced me to a version of me, even I didn't know existed. This character is unlike anything I have portrayed before and I had to be sure that I did this, without offending any community.

'Despite doing 150 films, I was so excited to be on the sets every day. I have never given as many retakes as I have given in this film. Laxmmi Bomb has made me more sensitive about gender equality,' he said.

On wearing a sari for the role, he said, 'It's a lovely garment that fits all sizes and shapes. We see women in our daily lives, who wear a sari and catch buses and trains, go about their daily routine without the pallu even budging an inch.

'I couldn't even walk in a sari, it was quite an experience for me. Hats off to all the women managing it. I would say if you want to appreciate a sari truly, you should try wearing one,' he added.