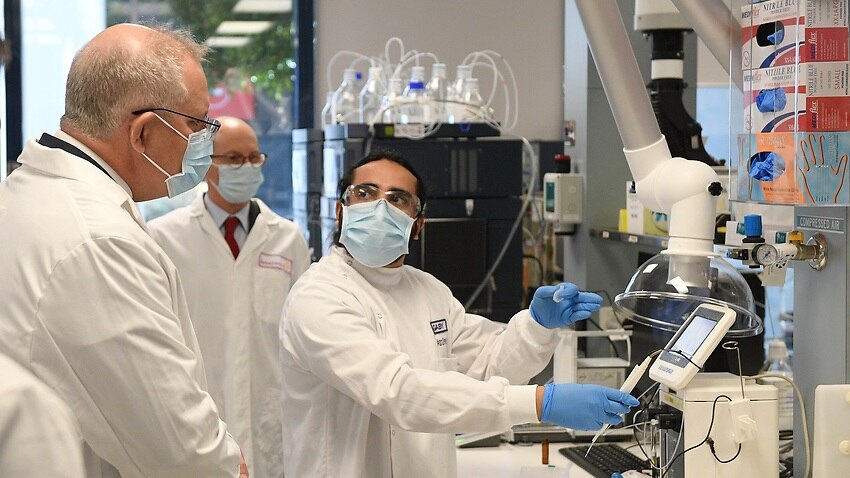 More cases infected with the new Omicron variant of COVID-19 were reported in Australia's state of New South Wales (NSW).

Two cases were confirmed by NSW health authorities on Monday evening. Both are international travellers who arrived in Sydney from southern Africa on Sunday. They are all fully vaccinated and isolated in the Special Health Accommodation.

NSW chief medical officer Paul Kelly told the press on Tuesday that the two new cases are similar to those detected in other countries -- they are young and have very mild or no symptoms.

"We don't know about the vaccine's effectiveness. We don't know about the severity and there are mixed reports on that from South Africa itself - and I would echo the Australian health minister's view that this has been a difficult time for them and their neighboring countries, one of which, Malawi," Kelly said.

Another case outside of quarantine was also found to be infected with the new variant, making the total active cases of Omicron in the state to five, according to local media.

The woman in her 30s arrived in Sydney on Saturday, before new travel restrictions were in place. She had travelled to at least two southern African countries prior to arriving, and it is understood she has visited several venues on the NSW Central Coast, said a report of national broadcaster ABC.

Urgent genomic sequencing is also underway to investigate whether two confirmed COVID-19 cases who arrived in Sydney on Thursday from overseas were infected with the Omicron strain, ABC said.