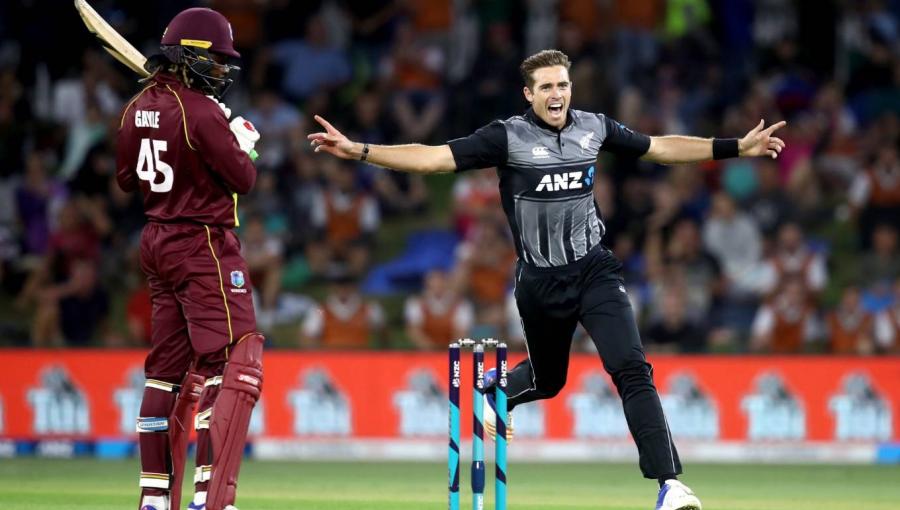 New Zealand bowled West Indies in a rainy first T20 match thanks to the fatal bowling of fast bowler Gourd Ferguson (five wickets for 21 runs in four overs) and James Neesham (48 not out). Under a Duckworth Lewis rule on Friday, they won by five wickets to take a 1-0 lead in the three-match series.

The match was hampered in the early overs due to rain and the number of overs was reduced to 16-16 for both teams. West Indies scored a strong score of 180 for seven wickets in 16 overs. But New Zealand got a revised target of 176 runs under the Duckworth Lewis rule and New Zealand won the match by scoring 179 for five in 15.2 overs. Ferguson was adjudged Man of the Match for his superb bowling.

Earlier, losing the toss and batting first, the Windies started well and the two openers shared a 58-run partnership for the first wicket. However, the West Indies' middle-order faltered and his four wickets fell for just one run.

Pollard then handled the team's batting from one end and led the team to a strong goal. Pollard scored an unbeaten 75-run half-century in 37 balls with the help of four fours and eight sixes and played a key role in making his team a strong score.

Leader of the Opposition Harpal Singh Cheema thanked the Kejriwal government for the social media decision taken by the Delhi government and said that the Aam Aadmi Party under the leadership of Arvind Kejriwal stood firmly with the farmers of Punjab from day one. is.

Mr. Cheema said here today that Arvind Kejriwal was the first Chief Minister of the country, who first raised a voice against the anti-agriculture black laws of the Modi government while leading the 'Aam Aadmi Party' sit-in at Jantar Mantar and this law Demanded to be withdrawn immediately. Kejriwal advocated the purchase of all crops, including wheat and paddy, on MSP with a legally guaranteed guarantee that the rights of the Annadata across the country would be protected.