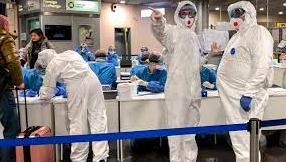 The Russian Ministry of Health will make the decision on permanent registration of homegrown COVID-19 vaccine Sputnik V after post-registration clinical trials end in June, Alexander Gintsburg, the head of the Gamaleya Institute of Epidemiology and Microbiology, told Sputnik on Friday.

The Russian government registered Sputnik V last August. The Gamaleya-developed vaccine has been rolled out in the national vaccination campaign while Phase 3 clinical trials continued.

"The monitoring has been ongoing for half a year now, and we need to look at the long-term effects. It appears to be mid-June. Allow us another two to three weeks to file a report and submit it to the health ministry's expert committee. I hope that the decision on permanent registration will be made after that," Gintsburg said.

The regimen of Sputnik V is two doses per patient at least 21 days apart. According to the official, the directions for use will remain unchanged after the trials end.

Sputnik V is built on the human adenoviral vector platform, which is considered a well-researched technology in comparison with more modern mRNA vaccines. According to the latest interim results of clinical trials released by medical journal Lancet, the vaccine has 91.6 percent efficacy against symptomatic COVID-19.

The Russian vaccine has been approved for use in almost 60 countries, including in North and South America, Europe, Africa, Asia and the Middle East. Aside from Russia, Phase 3 clinical trials are being carried out in Belarus, India, the United Arab Emirates and Venezuela.