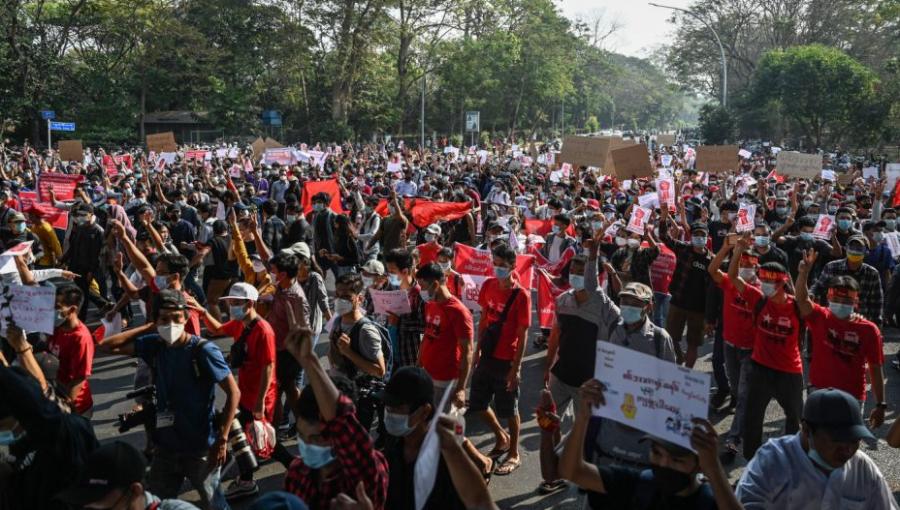 Myanmarese police had to open fire to disperse an anti-coup student protest in the nation's fourth-largest city of Mawlamyine, claimed media reports on Friday.

As per reports of Thailand based Irrawaddy news website the students had gathered outside a university campus and were demonstrating peacefully.

The police have detained 14 activists after the crackdown, added the report.

The report did not specify whether there were any casualties in the shooting.

On Thursday the police had entered the Mawlamyine University campus and searched the premises used by a local student union.

As per the media report, the police have completely surrounded the campus.

Protests are currently underway in various cities including Naypyitaw, Yangon and Mandalay.

Myanmar's military on February 1 carried out a coup and arrested State Counselor Aung San Suu Kyi and other top officials after accusing them of election fraud.

The military has declared a state of emergency for one year, promising to hold a new election after it expires.