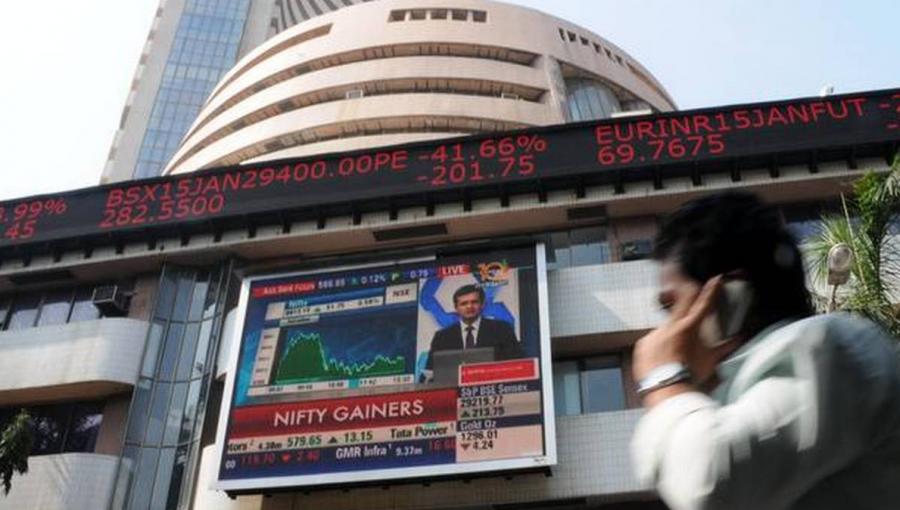 Equity benchmark Sensex jumped nearly 113 points in early trade on Friday, tracking gains in index majors HDFC Bank, Tata Steel and Kotak Mahindra Bank, as a sharp fall in global crude prices and foreign fund inflows boosted investors' sentiment.The BSE barometer was trading 112.71 points higher at 58,681.22. The broader NSE Nifty advanced 33.35 points to 17,498.10.From the 30-share pack, NTPC, Power Grid, Tata Steel, Mahindra & Mahindra, HDFC Bank and Kotak Mahindra Bank were among the lead gainers.In contrast, Titan, Infosys, ICICI Bank and Nestle India were the major laggards.On Thursday, the 30-share BSE benchmark declined by 115.48 points or 0.20 per cent to settle at 58,568.51. The Nifty went lower by 33.50 points or 0.19 per cent to settle at 17,464.75.Elsewhere in Asia, exchanges in Seoul, Tokyo and Hong Kong were trading lower during mid-session deals, while Shanghai was in the green.Stock exchanges in the US ended on a negative note in the overnight session.Meanwhile, international oil benchmark Brent crude tumbled 4.88 per cent to USD 107.91 per barrel.Foreign Institutional Investors (FIIs) remained buyers as they bought shares worth Rs 3,088.73 crore on Thursday, according to stock exchange data.For 2021-22, the BSE Sensex jumped 9,059.36 points or 18.29 per cent while the Nifty rallied 2,774.05 points or 18.88 per cent."As we begin the new financial year markets are in uncertain territory. Globally the major headwinds for equity markets are declining liquidity, persistently high inflation in the US and an increasingly hawkish Fed. On the positive side, the negative real returns from fixed income are prompting the increasing tribe of retail investors to pour more money into equity."This strong new trend which is very conspicuous in India has the potential to keep the markets resilient even in the midst of the uncertainty caused by the Ukraine war," according to V K Vijayakumar, Chief Investment Strategist at Geojit Financial Services.The government on Thursday released a slew of recent macroeconomic data, pointing toward the country's current economic scenario.The production of eight infrastructure sectors expanded by 5.8 per cent in February, the sharpest growth in the last four months on the better output of coal, natural gas, refinery products and cement industries, according to official data.India's current account deficit widened to USD 23 billion or 2.7 per cent of the GDP in the December quarter, according to the Reserve Bank.The Union government is looking to raise Rs 8.45 lakh crore through borrowings in the first half of 2022-23 to fund the revenue gap for reviving the economy, the finance ministry said on Thursday.The Centre's fiscal deficit at the end of February stood at 82.7 per cent of the full-year budget target, mainly on account of higher expenditure.The government on Thursday kept interest rates unchanged for small savings schemes, including PPF and NSC, for the first quarter of 2022-23 amid rising inflation.Investors' wealth jumped over Rs 59.75 lakh crore in 2021-22 fiscal, helped by a largely buoyant trend in domestic stocks with benchmark index Sensex surging over 18 per cent during the period.Braving many headwinds in the latter part of the current fiscal, Sensex closed the 2021-22 financial year with a gain of 9,059.36 points or 18.29 per cent.