Stars of varied ages can co-exist in open clusters: ARIES 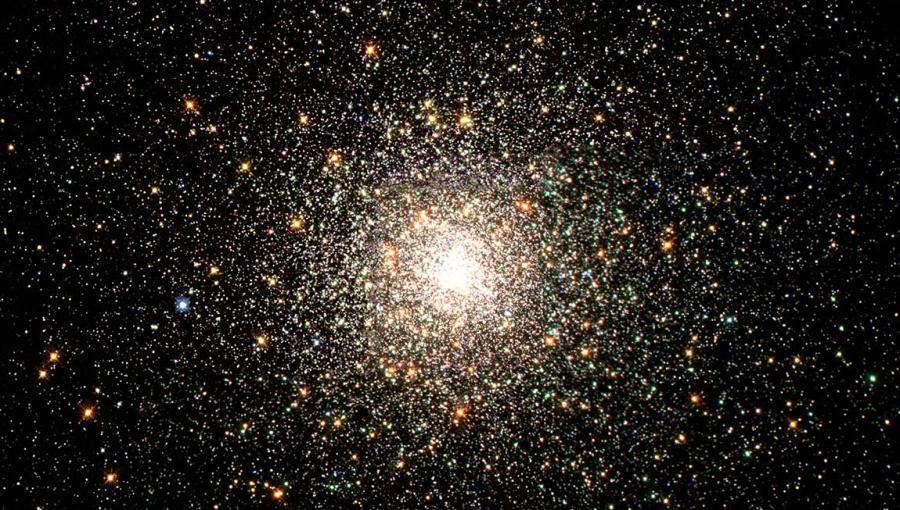 Astronomers at the Aryabhatta Research Institute of Observational Sciences (ARIES), an autonomous science institute under the Department of Science and Technology (DST), Government of India, have found that stars of varied ages can co-exist in open clusters.

Stars in our Galaxy are formed from the molecular clouds present in the Galaxy.

It is believed that the majority of stars in our Galaxy are formed in the star clusters making them important clues to understand the star formation mechanism.

Open star clusters are a system of stars bound by gravity in which stars are born from the same molecular clouds.

All the stars in a cluster follow the evolutionary sequence as per their initial masses at the time of formation of these stars. Open clusters are also important in probing formation and evolution of the Milky Way Galaxy as they are distributed throughout the Galactic disk.

This challenges earlier understanding that stars in an open cluster have the same age.

The scientists measured the light from three poorly studied open clusters NGC 381, NGC 2360, and Berkeley 68 observed using the 1.3-m telescope at Devasthal situated in the lap of the Himalaya for studying the evolution of stars in these clusters.

They found two different stellar evolutionary sequences in the cluster NGC 2360, which has been observed in very few open clusters in the Milky Way Galaxy until now.

Astronomer Dr. Yogesh Joshi and his research student Jayanand Maurya observed thousands of stars in three open clusters NGC 381, NGC 2360, and Berkeley 68. The clusters are found to be relatively older, having ages between 446 Million years to 1778 million years.

It is believed that some of the very low mass stars have in fact, left their parent clusters and may be roaming as a free star like our own Sun. Their study lent important insight about the stellar and dynamical evolution of these clusters.

These scientists are further aiming to do an in-depth analysis of many more open star clusters in near future using the observational facilities available at their institute along with the supplementary data provided by the space missions.

Their study has been recently published in 'Monthly Notices of the Royal Astronomical Society,' a leading journal in the field of astronomy and astrophysics published by the OXFORD University Press in the UK.