The temple in Tamil Nadu is in the middle of the magnetic field? 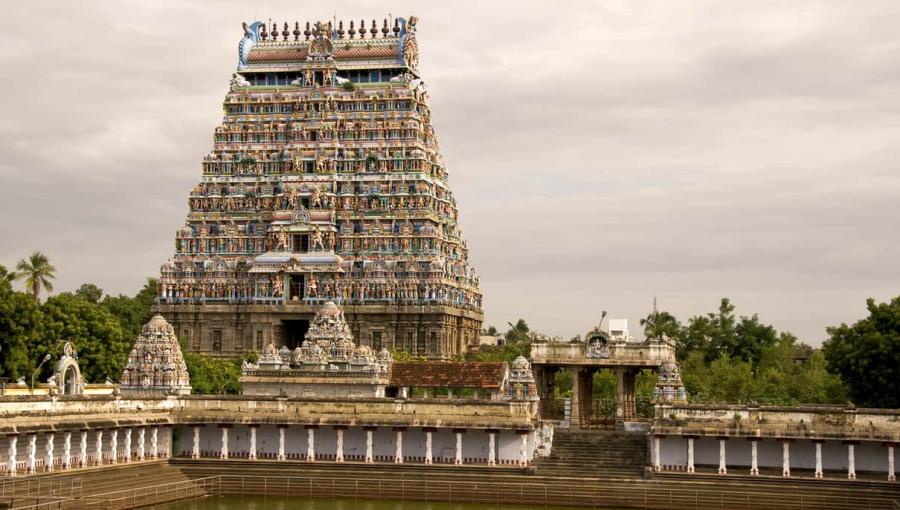 Many of the information contained in the mythology of almost all religions is contrary to science. Although, these have been written long before modern science, but some of them are propagated as scientific facts. One of these stories has been propagated by connecting it to the famous Thillai Nataraja Temple at Chidambaram in Tamil Nadu.

In 2016, an article in the Sri Lankan mainstream media wrote that after eight years of research and spending crores of dollars, it has been found that the magnetic center of the earth is under the thumb of Chidambaram Natraj's statue. However, in this article it was not clear who has done this research and on what basis this claim is being made.

According to the US space agency NASA, Earth's radius at the equator is 6378.137 kilometers and its polar radius is 6,356.752 kilometers. The total radius of the Earth is 6371 km. This figure is accepted all over the world. Now, if the world were round, its diameter would be the same everywhere, but it's not like that. Let us know how.

Like many scientific organizations, NASA also believes that the Earth is not completely round but its shape is 'flat oval'. This is because the surface of the North and South Pole is slightly flattened.

Another claim is being made about the Natraj temple that it is situated in the middle of the magnetic equator. Earth's magnetic field spans several thousand kilometers which also goes to space. It originates from the inner part of the earth which is the center of the earth due to its magnetic iron core. This means that the Chidambaram temple cannot be located at the center of the magnetic field. This is also fake news.

The Earth's magnetic field exists as the Northern Magnetic Field and the Southern Magnetic Field. The Earth's North Magnetic Pole meets the South Pole, while the Southern magnetic pole comes from the North Pole. When you go from the South Pole to the North Pole or so on, the distance between the two magnetic poles will be the same in a line. This is called the Earth's magnetic equator.  But like the geographic equator, it is not a straight line. Due to particles emanating from the sun, it fluctuates in the range of 10-15 kilometers.

In the case of the Chidambaram temple, it is claimed that the magnetic equator passes through it while it is 400 km away from Chidambaram. Hence, it is a totally unscientific claim being made throughout social media.