These Historic Buildings of India are the Epitome of Love 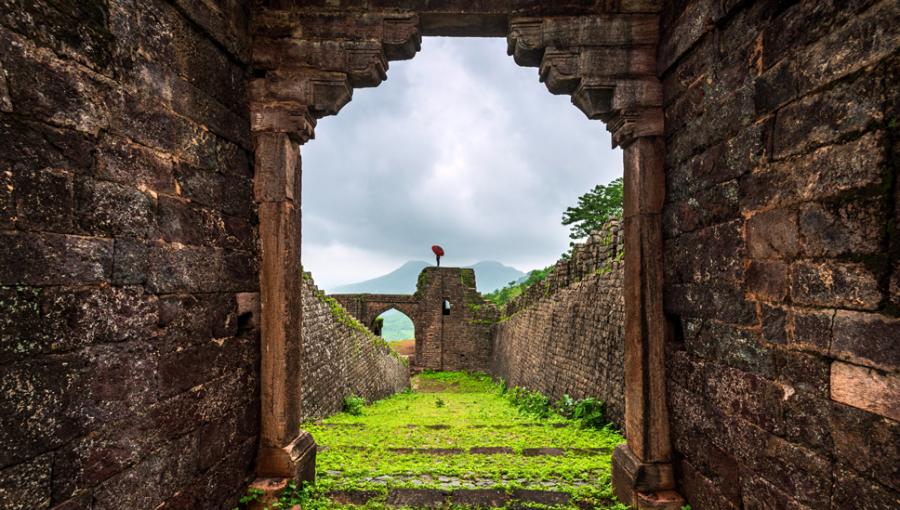 Monuments always remind us of historical importance. Built as a symbol of love, these buildings include some of the most important forts and palaces in the country. These historic buildings are still preserved as an example of love. Witnessing some of the most epic stories of love, sacrifice and duty, these historical monuments have told the saga of their love to every generation. They also bear witness to some of the saddest and eternal love stories. The majestic walls of these historical monuments built in the architecture and sculpture of ancient times make the mind happy. 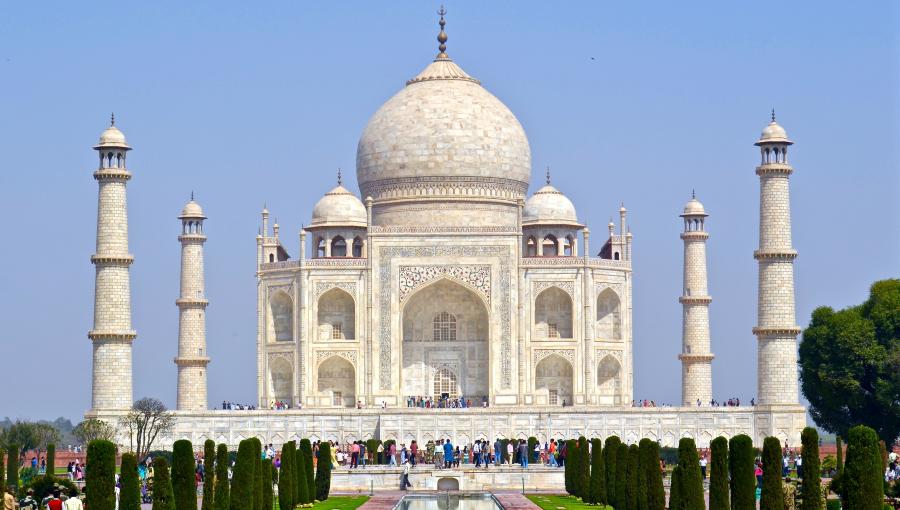 There is no greater symbol of grand and royal love in this entire world than the Taj Mahal. The Taj Mahal, built of white marble, was built by the Mughal Emperor Shah Jahan as a mausoleum for his beloved wife Mumtaz Mahal between 1631 and 1648. His wife died during childbirth. Mumtaz Mahal was buried inside this mausoleum, a reminiscent of Mumtaz Mahal and Shah Jahan. Shah Jahan was also buried next to his tomb. There is also a huge garden outside the Taj Mahal building which is rarely seen today. The example of love, Tajmahal is included in the Seven Wonders of the World.

The Taj Mahal is phenomenal not in its beauty alone that shines forth, but in the deep planning and design that went into its making, and the ethereal idea of immortalizing love. Delicate carvings in marble vie with gorgeous pietra dura for attention.

Lapis-lazuli, Cornelian, Mother of pearl, Agate and Emerald are inlaid in floral and geometrical patterns in the marble itself.

Work on this enchanting mausoleum on the bank of Yamuna started in 1631 and it took 22 years to complete with the help of an estimated 20,000 workers.

The Taj is an experience of its own kind, while on the one hand its magnanimity is so sublime, so on the other the exquisite inlay work and detailed craftsmanship together with the calligraphy is simply amazing. The combination simply leaves one absolutely mesmerized. The sheer splendour of the mausoleum is consummate, and the vastness is simply monumental.

The tomb is at the northern end with an expanse of greenery and fountains between it and the gateways. The ceiling is adorned with floral patterns and the décor of floors with geometric designs. The inner of the main structure is in lakhauri [a kind of earthen brick], which have been carefully covered with marble, whereas the adjoining structures are covered with red sandstone.

Majestic and sensuous, glistening brightly in the afternoon sun, the bulbous dome and minarets with a slight inward tilt, have all been inscribed meticulously with the Holy Verses bringingforth the arabesque ornamentation. The white marble from Makrana in Rajasthan has added its own natural beauty to this mausoleum that attracts tourists from all over the world. 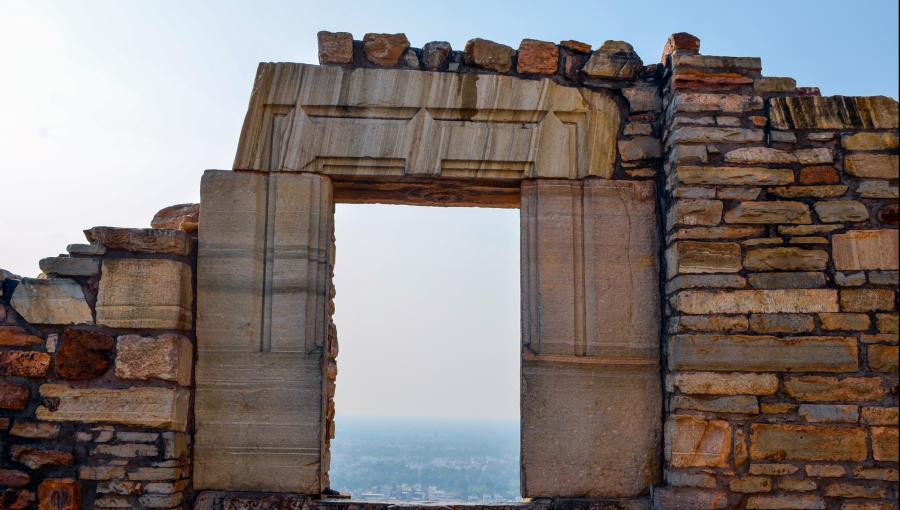 The Chittorgarh Fort, built in the 7th century, is not only one of the largest forts in India but is also listed in the UNESCO Heritage Site. The main attraction of the monument is the palace of the three-storied ancient white queen Padmavati, which is built on the side of the lotus pool. This fort is not only huge but also its architecture and craftsmanship surprise the tourists. The fort itself is adorned with intricately carved Jain temples, ornamental columns, reservoirs, underground cellars and much more exquisite architectural displays. The royal Chittorgarh Fort is a symbol of the historical love story of Rani Padmini and Raja Ratan Rawal Singh. The king won Rani Padmini at Swayamvar after hard trials and exams and brought her to the Chittorgarh Fort as her beloved queen. The walls of the fort resonate with stories of their mythological love story. By coming here, you can see the grandeur and history of the fort.

Chittorgarh resonates with stories of Rajputana bravery, pride and passion. The bards of Rajasthan sing tales of courage and sacrifice recounting stories that are known to every child and adult in the city. Chittorgarh is named after its most imposing structure, the Chittorgarh Fort which stands atop a 180 metre high hill and is spread across 700 acres.

Chittorgarh Fort has had a tumultuous past. This bastion of the Rajputs has faced violent attacks thrice in its entire history. The first was in 1303 when the Sultan of Delhi, Ala-ud-din Khilji, who was enamoured by Queen Padmini, launched an attack to abduct her. More than two centuries later, in 1533, it was Bahadur Shah, the Sultan of Gujarat, who caused immense destruction. Four decades later, in 1568, Mughal Emperor Akbar attacked and seized the fort. It was finally in 1616, under the rule of Mughal Emperor Jahangir that the fort was returned to the Rajputs.

Situated on a picturesque plateau, Roopmati's pavilion is famous for heritage and historical architecture. This fort is located in the city of Mandu. The interesting and attractive architecture of Roopmati Pavilion at an altitude of 366 meters from the grounds is most liked by tourists. It has square pavilions, huge hemispherical domes and arches. The Narmada River is also visible from this domed Roopmati pavilion which flows down 366 meters. Mandu is popular for the legendary love story of Prince Baz Bahadur and Rani Roopmati. Sultan Baz Bahadur, the last independent ruler of Mandu fell in love with the melodious voice of Rupmati, the queen of Malwa. The ruler proposed to marry Rupmati but Queen Rupmati laid a condition that if the king would build a palace from where she could see her beloved Narmada river, she would marry him. Thus the Roopmati Mandapa came into existence and it is a witness to the eternal love story of both of them.

Floating over its own reflection, the Jahaz Mahal in Mandu looks like a ship that's about to sail. However, for centuries this ship made of stone and mortar never did. Instead, it stood floating over the twin lakes, bearing a silent witness to Mandu's long, rich and varied history.

The city of Mandu is adorned with spell-binding Afghan architecture surrounded by baobab trees, native to Africa. The grand palaces are still alive with royal romance while the gateways (darwazas) speak of a history of imperial conquests. A walk through Mandu will leave you awe-struck, the way you used to be listening to stories from grandparents. 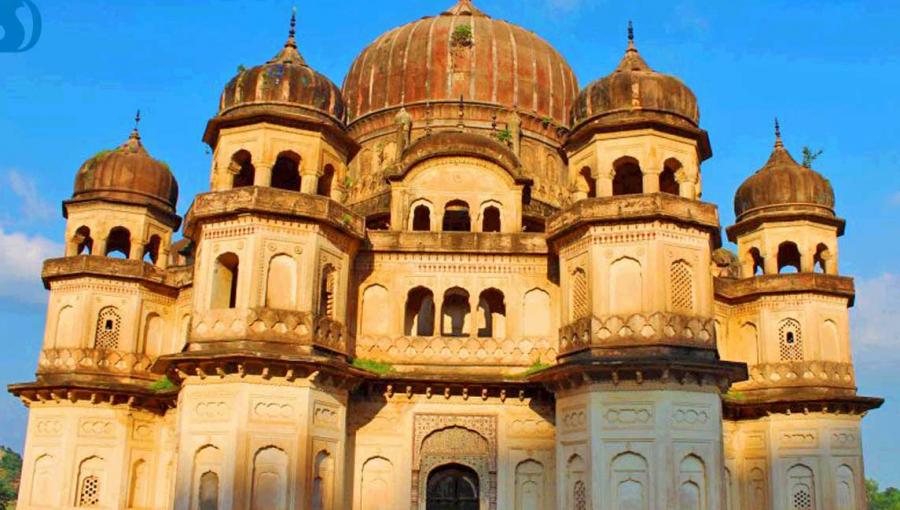 Shaniwarwada Fort, built by Peshwa Bajirao in the year 1730, has been witness to many historical events. The pride and honor of Pune has been the home of Shaniwarwada fort first Bajirao and his beautiful second wife Mastani. Peshwa Bajirao's family refused to legally accept Mastani as a wife due to differences in their religious allegiance. Therefore, Bajirao built Mastani Mahal in Shaniwarwada Fort where both of them lived together. However, Mastani's palace has been destroyed and it no longer exists but its remains still exist.

Supposed to be the daughter of Bundelkhand king Chhatrasal Bundela, Mastani was Bajirao’s second wife. Mastani did live with Bajirao in Shanivarwada for a while and entered the fortress through the Natakshala Gate, which eventually came to be called Mastani Darwaza since it was almost exclusively used by her. However, with Bajirao’s family’s reluctance to accept Mastani as their daughter-in-law, Bajirao constructed a separate residence for her at Kothrud, on the outskirts of Pune in 1734. While nothing of the residence, known as Mastani Mahal, exists, the Mrutyunjay Temple stands on the site where Bajirao and Mastani’s romance blossomed. However, not all is lost. The interiors of the palace were at some point dismantled and were reconstructed at the Raja Kelkar Museum.