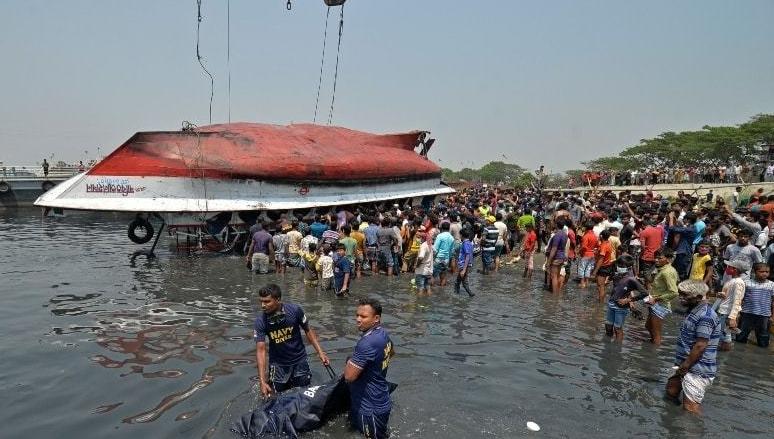 At least 25 people were killed in a collision between two boats at the old Kanthalbari Ghat in Bangladesh on Monday, police said.

Several people are missing in the incident.

As an impact of the collision, the speedboat capsized.

The incident took place when a speedboat collided with a sand-carrying bulkhead at the Banglabazar ferry terminal in Shibchar upazila of Madaripur.

Five people were rescued in the incident, the Inspector said said, adding that the names of the victims are not yet known.

One of the seriously injured has been sent to a hospital.

Traffic police and naval police are conducting rescue operation and are being assisted by the locals.