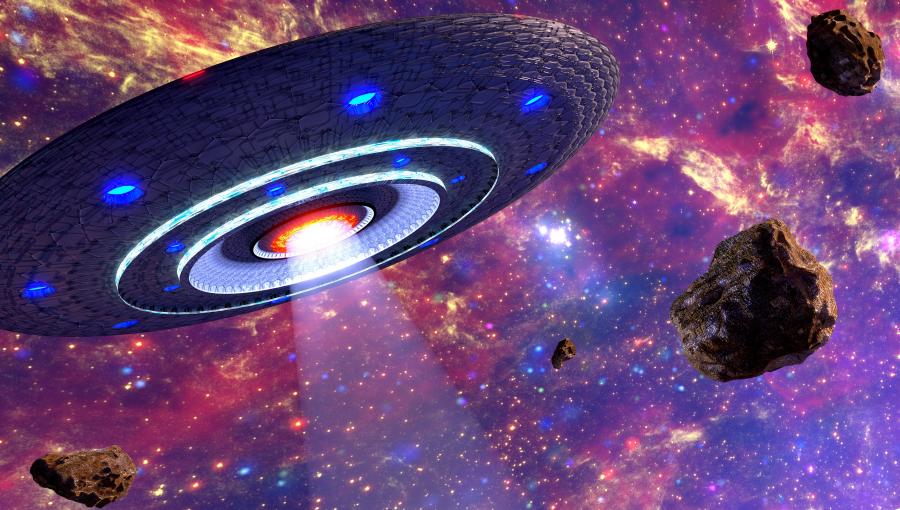 Aliens- what does this word make you think: A greenish-olive group of organisms with antennas on their heads from outside the Earth. Wait but isn’t Earth the only planet with life on it? Sightings of UFOs in the sky have led people over the world think differently.

World UFO Day is a day dedicated to the existence of Unidentified Flying Objects i.e. UFOs. It’s an awareness day for people to gather together and look at the sky for unknown flying objects. This day is celebrated on 2 July.

UFOs have fascinated and puzzled people for decades, yet hard evidence seems abstract. Many people are convinced that not only are extraterrestrials i.e. aliens visiting Earth, but that governments have perpetuated a top-secret global conspiracy to cover it up. Here's a look at UFOs throughout history.

Today, most people equate UFOs with extraterrestrial intelligence and advanced technologies, but this is a very recent idea. That's not to say that historically people did not report seeing unusual things in the skies, for they surely did: comets, meteors, eclipses and the like had been reported for millennia — in fact some researchers believe that the Star of Bethlehem may have been an illusion created by a merging of Jupiter and Saturn, which occurred right around Jesus' birth).

But it's only been in the past century or so that anybody assumed that unknown lights or objects in the sky were visitors from other planets. The first reports of what could be called UFOs emerged in the late 1800s, though in those days they didn't use terms like "UFO" or "flying saucer," but instead "airships."

The most dramatic early UFO encounter occurred in 1897 Texas, when E.E. Haydon, a newspaper reporter for the Dallas Morning News, described an amazing encounter complete with a crashed spacecraft, dozens of eyewitnesses, a recovered dead Martian body, and metallic wreckage. The fantastic tale unraveled when researchers could find no eyewitnesses to support Haydon's story, and nothing of the alien or the "several tons" of mysterious spacecraft wreckage was ever found. It turned out that Haydon had made the whole story up as a publicity stunt to attract tourists.

Early newspaper hoaxes aside, there have been countless UFO reports over the decades, and a few of them stand out as especially important. The first report of a "flying saucer" dates back only to 1947 when a pilot named Kenneth Arnold reported seeing nine objects resembling boomerangs in the sky. He described their movement as "like a saucer if you skip it across the water," which a careless reporter misunderstood as saying that the objects themselves resembled "flying saucers," and that mistake launched many "flying saucer" reports in later decades. Investigators think that Arnold probably saw a flock of pelicans and misjudged their size, their large wings creating the "V" shape he described.

The most famous UFO crash allegedly occurred when something crashed on a ranch in the desert outside of Roswell, New Mexico, in 1947, and the debate rages to this day.

The first UFO abduction case — and to this day the most famous — was that of Barney and Betty Hill, an interracial couple who in 1961 claimed to have been chased down and abducted by a UFO. However, since there were no other eyewitnesses to the event and they didn't report the abduction at the time, many remain skeptical.

Another famous UFO sighting occurred near Phoenix, Arizona, in March 1997 when a series of bright lights were reported in the night skies. Though it is known that the military dropped flares over a nearby proving ground during routine exercises around the time of the sightings, UFO buffs dismiss the government's explanation of the lights and insist there's more to the story.

It's not hard to understand why there are so many UFO sightings. After all, the only criterion for a UFO is that some "flying object" be "unidentified" by whoever is looking at it at the time. Any object seen in the sky, especially at night, can be very difficult to identify because of the limitations of human perception. Even the planet Venus — at least 25 million miles away — has been mistaken for a UFO by pilots and others on many occasions.

All that is needed to create a UFO sighting is one person who may not recognize a light or object in the sky. But just because one person — or even several people — can't immediately identify or explain something they see doesn't mean that someone else with more training or experience (or even the same person seeing the same object from a different angle) may not instantly recognize it. While it's possible that extraterrestrials in spacecraft exist and have visited Earth, the UFO sightings so far provide no real evidence.