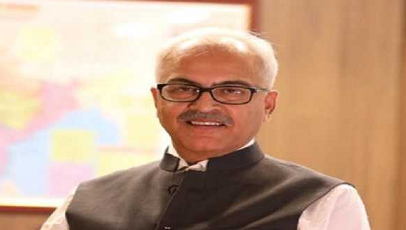 Union Home Secretary Ajay Bhalla on Monday reviewed the status of the artificial lake which has been formed in the wake of the avalanche incident on February 7 in the upper catchment of the Rishiganga River in Chamoli District of Uttarakhand.

Uttrakhand Chief Secretary while participating in the meeting through video conference along with his team, informed that based on the physical assessment of the artificial lake made on site by multiple scientific agencies and satellite data, there was no imminent danger as the volume of water is less than expected and is flowing through a natural channel which has been widened.

Mr Bhalla reviewed the action being taken to allow for more flow to the water and removal of some obstructions which have formed at the site of the artificial lake and asked the DRDO Secretary and the State administration to keep a continued watch on the situation in coordination with Central and State agencies.

Union Home Secretary also assured continued help and assistance from Central agencies to the State Government as and when required by them to handle the situation arising out of the temporary obstruction.

The meeting was also attended by ITBP DG, Member Secretary of NDMA, NDRFFG, DRDO Chairman and senior officials of the Ministry of Power, Officers from the IDS Headquarters, and scientists from various Central agencies along with other senior officers of the Union Home Ministry.