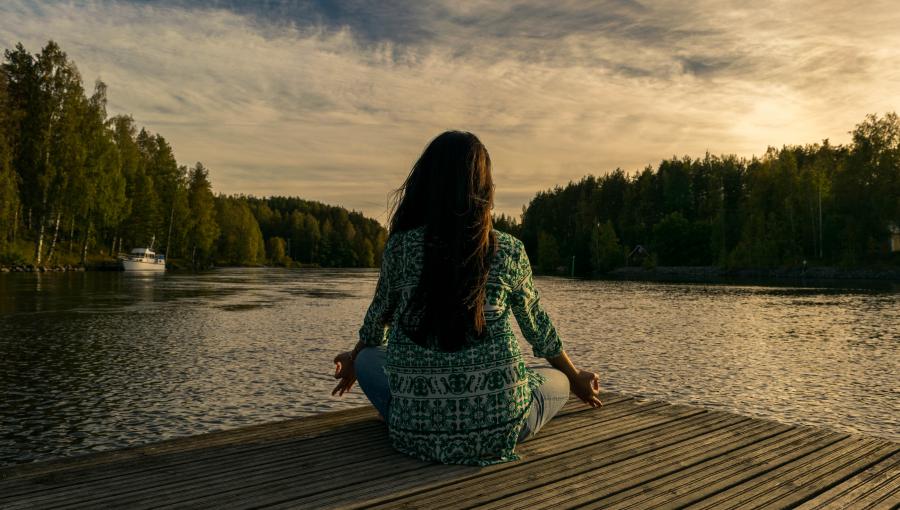 Yoga means to add. Yoga is the union of the individual soul with the divine. Yogacharya Maharishi Patanjali has presented the secret of complete in his yogadarshan. According to him, to establish the mind in a place is yoga.

What is Ashtanga Yoga?

Our sages have told us about eight types of means for the purification of the body, mind and soul through yoga and for the attainment of God, which is called Ashtanga Yoga.

In this article, we will talk about some Asana and Pranayama which you can do easily by sitting at home and make your life healthy.

What does Asana mean and what are its types?

Asanameans the state of the body in which you can keep your body and mind calm, stable and happy.The ability to sit happily for the maximum time in one position without suffering is called asana.

According to the tradition of Yoga Shastras, there are eighty-four million postures and all these creatures are based on the names of animals. No one knows about these, hence only eighty-four asana are considered to be prominent. And currently thirty-two asana are famous.Asana are practiced physically, mentally and spiritually for health benefits and treatment.

Surya Namaskar is  considered to be the best among yogasanas, it is also known as all-round exercise. Only its regular practice is able to give the person the benefit of complete yoga exercise. The person's body becomes healthy and healthy by its practice. 'Surya Namaskar' is also said to be useful for women, men, hair, young and old people.

When to do Surya Namaskar?

Like all compound activities, sunrise is considered the best time for morning sunrise. Suryanamaskar should always be practiced on an empty ventilated place with an empty stomach posture. It gives full effect to yoga only if the mind is peaceful and happy.

What are the postures of Surya Namaskar?

Surya Namaskar is practiced in twelve postures, which are as follows-

Stand at the edge of your mat, keep your feet together and balance your weight equally on both the feet. Expand your chest and relax your shoulders. As you breathe in, lift both arms up from the sides, and as you exhale, bring your palms together in front of the chest in prayer position.

Breathing in, lift the arms up and back, keeping the biceps close to the ears. In this pose, the effort is to stretch the whole body up from the heels to the tips of the fingers.

Tip to deepen this yoga stretch:
You may push the pelvis forward a little bit. Ensure you're reaching up with the fingers rather than trying to bend backward.

Breathing out, bend forward from the waist keeping the spine erect. As you exhale completely, bring the hands down to the floor beside the feet.

Tip to deepen this yoga stretch:
You may bend the knees, if necessary, to bring the palms down to the floor. Now make a gentle effort to straighten the knees. It's a good idea to keep the hands fixed in this position and not move them henceforth until we finish the sequence.

Breathing in, push your right leg back, as far back as possible. Bring the right knee to the floor and look up.

Tip: How to deepen this yoga stretch?
Ensure that the left foot is exactly in between the palms.

As you breathe in, take the left leg back and bring the whole body in a straight line.

Tip to deepen this yoga stretch:
Keep your arms perpendicular to the floor.

Gently bring your knees down to the floor and exhale. Take the hips back slightly, slide forward, rest your chest and chin on the floor. Raise your posterior a little bit. The two hands, two feet, two knees, chest and chin (eight parts of the body) should touch the floor.

Slide forward and raise the chest up into the Cobra pose. You may keep your elbows bent in this pose with the shoulders away from the ears. Look up at the ceiling.

Breathing out, lift the hips and the tailbone up to bring the body into an inverted ‘V’ pose.

Tip to deepen this yoga stretch:
If possible, try and keep the heels on the ground and make a gentle effort to lift the tailbone up, going deeper into the stretch.

Breathing in, bring the right foot forward in between the two hands. The left knee goes down on the floor. Press the hips down and lookup.

Tip to deepen this yoga stretch:
Place the right foot exactly between the two hands and the right calf perpendicular to the floor. In this position, make a gentle effort to push the hips down towards the floor, to deepen the stretch.

Breathing out, bring the left foot forward. Keep the palms on the floor. You may bend the knees, if necessary.

Tip to deepen this yoga stretch:
Gently straighten the knees, and if you can, try and touch your nose to the knees. Keep breathing.

Breathing in, roll the spine up. Raise the hands up and bend backward a little bit, pushing the hips slightly outward.

Tip to deepen this yoga stretch:
Ensure that your biceps are beside your ears. The idea is to stretch up more rather than stretching backward.

As you exhale, first straighten the body, then bring the arms down. Relax in this position and observe the sensations in your body.