Corona Vaccine: Everything You Need to Know 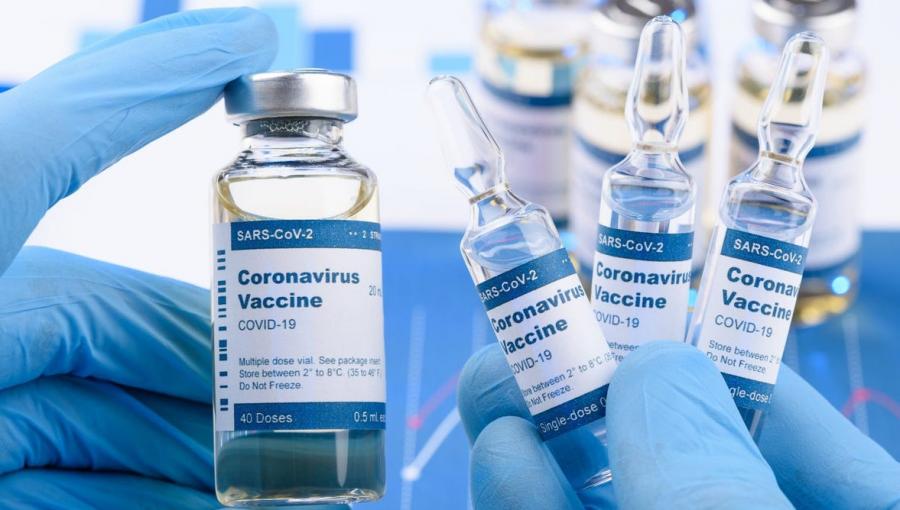 Many diseases, which were considered fatal three decades ago, have almost disappeared due to the vaccine. Vaccination campaigns are going on in many countries of the world to control the corona epidemic. Information and suggestions related to this may seem complicated to you at times, but there are some basic facts that will help you understand how a vaccine works.

What is a vaccine?

A vaccine prepares your body to fight against any disease, virus or infection. The vaccine contains some weak or inactive portions of an organism that cause disease. These motivate the body's 'immune system' to identify infections (invasive viruses) and make antibodies against them in the body which help our body in fighting external attack.

The negative impact of the vaccine is rarely seen on people, but some people may have to face its side effects. Mild fever or rashes are common side effects. You develop immunity to fight the disease only after the vaccine has been applied. The US Center of Disease Control and Prevention (CDC) say that vaccines are very powerful because they, unlike most drugs, do not cure a disease, but prevent it from occurring.

An early form of the vaccine was discovered by Chinese scientists in the 10th century. But in 1796, Edward Jenner found that a dose of mild infection of smallpox protects against a serious infection of smallpox. He studied it further. He also tested his theory and his findings were published two years later. That's when the word 'vaccine' originated. The vaccine was coined from the Latin language 'Vacca' which means cow.

The vaccine is considered one of the greatest medical achievements of the modern world. According to the World Health Organization, every year about two to three million people are saved due to the vaccine. The CDC says that the vaccine is seriously tested before being brought to the market. They are tested first in laboratories and then on animals. Only after that the vaccine is tested on humans. In most countries, vaccines are administered to people only after getting permission from local drug regulators.

There are some risks in vaccination, but like all medicines, they are nothing in comparison to its benefits. For example, some childhood diseases that were very common up to a generation ago have disappeared quickly due to the vaccine. Smallpox, which killed millions of people, is now completely eradicated. But it often takes decades to achieve success. Africa was declared the only polio-free country nearly 30 years after the global vaccination campaign began. This is a very long time.

Experts have warned that it may take months or possibly years to get adequate vaccination against the Covid-19, only after which we will be able to return to normalcy.

How are vaccines made?

When a new pathogen such as a bacterium, virus, parasite or fungus enters the body, a sub-part of the body called an antigen starts producing antibodies to fight it. A vaccine contains some weak or inactive portions of an organism that cause disease. These motivate the body's 'immune system' to identify infections (invasive viruses) and make antibodies against them in the body which help our body in fighting external attack.

Traditional vaccines develop the body's ability to fight external attacks. But now new methods are also being used to develop vaccines. These new methods have also been tried to make some corona vaccines.

How safe is the Covid-19 Vaccine?

Vaccination drive is going on in India to protect against Covid-19. People are being given two types of vaccines in India. One is Covishield which was prepared by scientists from AstraZeneca and Oxford University and produced by the Serum Institute of India. And the second vaccine is the Covaxine made by the Indian company Bharat Biotech.

In many other countries including Britain, people are also being vaccinated. In the UK, the vaccines of Oxford-AstraZeneca and Pfizer-BioNotech are being used. Wherever the vaccine is being used, the regulators of the place have declared it safe. However, some people have seen minor reactions after taking the vaccine.

How to know if a vaccine is safe?

Safety trials are first started in the lab for the vaccine, under which tests and tests are conducted on cells and animals. After this studies are conducted on humans. The principle is to start at a small level and go to the next level of testing only when there are no concerns about safety. If the safety data of the lab is correct, then scientists can proceed to find out the effect of the vaccine.

Vaccines are then tested on a large group of volunteers. For example, in the case of Pfizer-BioNotech, about 40 thousand people were tested. Half of them were vaccinated and other half were given a placebo jab. Researchers and the participating people were not told until the results, which group was which, so that bias could be avoided. The entire work and conclusions were independently tested and verified. Trials of the Covid vaccine were conducted at a rapid pace, but the entire process was followed.

Can a vaccine cause side-effects?

The vaccine does not give you any disease. Rather, your body's immune system teaches you to identify and fight against the infection against which that vaccine has been prepared. Some people may experience mild symptoms after the vaccine. It is not a disease, but the body's response to the vaccine.

One in 10 people who may have a normal reaction and usually recover in a few days, such as arm pain, headache or fever, chills, fatigue, feeling sick and weak, dizzy head , Feeling a pain in the muscles.

Who approves the vaccine or treatment?

The effects of the vaccine are monitored even after approval, to ensure that there are no further side effects or long-term risks. After this, the governments decide which people are to be given the vaccine first.

Should I take the Covid vaccine?

It has not been made mandatory to take the Covid vaccine anywhere. But most people are advised to get vaccinated. However, there is an exception here in the case of people suffering from health related problems. The CDC says that the vaccine not only protects the person getting vaccination against Covid-19, but also protects others. Apart from this, the CDC also describes vaccination as the most important way to get out of the epidemic.

The World Health Organization estimates that at least 65–70 percent of people will need to be vaccinated to prevent infection, which means that more people will have to be motivated to get vaccinated. There are many people who have many concerns about the speed of preparation of the Covid vaccine.

It is true that scientists spend years developing a vaccine, but the speed has been greatly increased to find a solution to the corona epidemic. That is why the World Health Organization is working closely with scientists, business and health organizations.